Welcome to our merchandise page. Once you have looked over the description, if you still have questions, call our office at 662-534-3438 or email our merchandise expert at visitnewalbany@gmail.com. 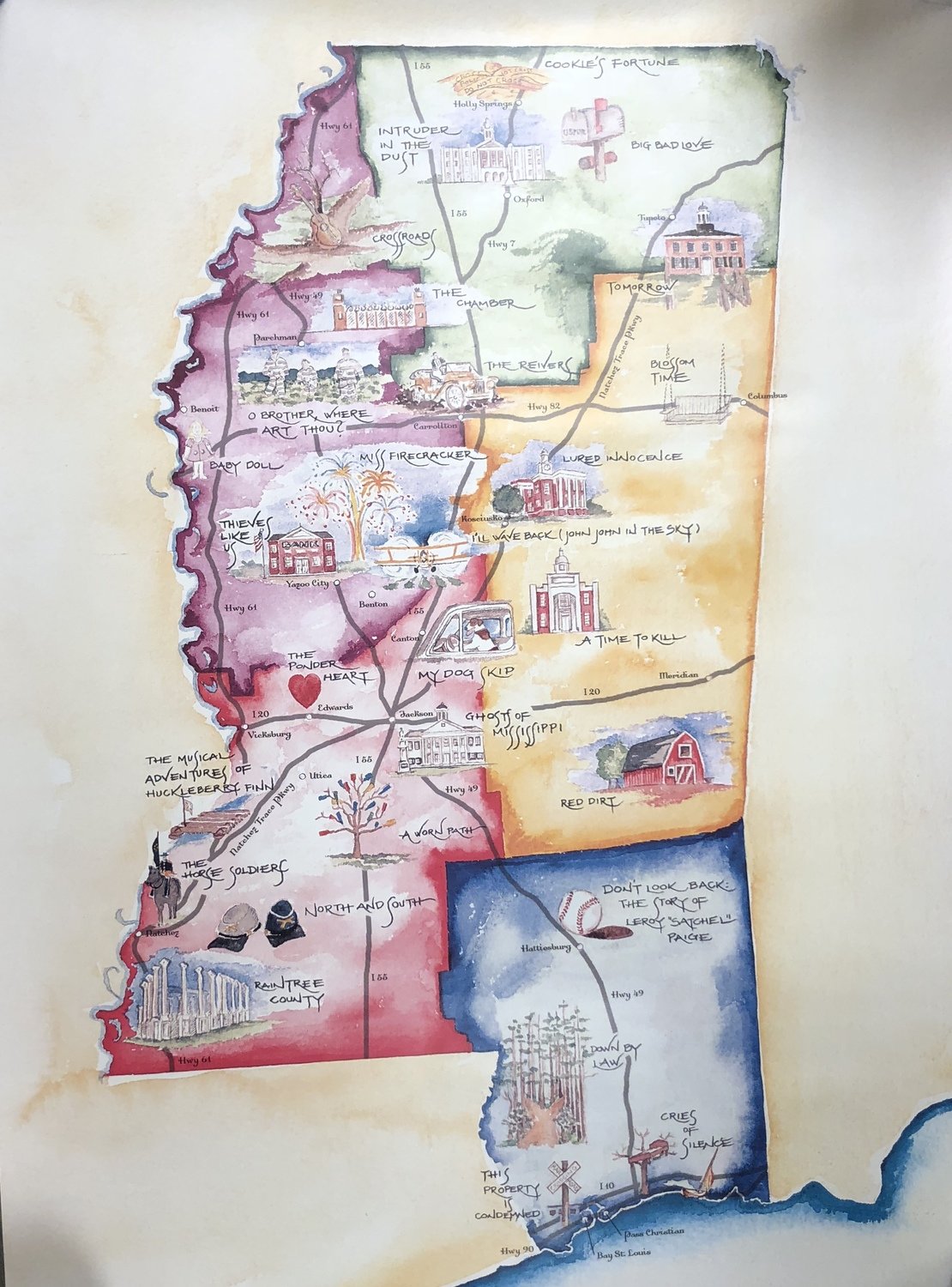 A boxful of these posters was recently found in the basement of the Main Street office. It lists several iconic movies which were filmed in Mississippi such as Ode to Billy Joe, I Know Why the Caged Bird Sings, and The Chamber. The 2001 film Big Bad Love, filmed in Holly Springs and Oxford, is the most recent film listed so we are dating this poster to be over 15 years old. They have been stored in poster tubes and are all in mint condition, ready to frame.

Save this product for later
Display prices in: USD